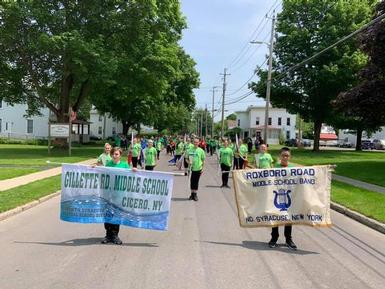 The BIG WIN came when the band took home the Best in Class award, beating all the middle schools AND the junior high schools who competed! June 1st marked the return of a North Syracuse Central School District band to the Sherburne pageant for the first time in 30 years!

Directors Danielle Rausa, Karen Seamans, Dom Liccione and Mark Hover are beyond proud at the student’s performances Saturday. CONGRATULATIONS to all!!!!