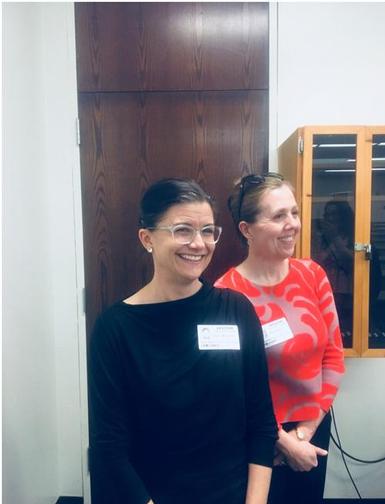 Students at Cicero-North Syracuse have had many opportunities to learn from outside speakers as part of their Social Studies courses this school year. Several students in Mr. Cary's classes have shared their reflections on the speaker presentations.

Following is an essay by student Kristina Waddy-Anderson:

Gladys McCormick’s presentation about Immigration in the United States mainly focused on common misconceptions regarding immigration, and public opinion regarding immigration from the 90’s to the 2010’s. One example of a misconception of immigration would be peoples’ belief that America is being “overrun” by immigrants, but in actuality only 3% of the world’s population emigrate, and only 1% actually make it to another country. Another surprising fact would be that more Americans illegally emigrate to Mexico than illegal Mexican immigrants come into the United States.

Another topic that was discussed were the pros and cons of allowing immigrants and refugees into another country, which can have lasting effects on the culture and people of a country as immigrants create businesses and different cultures mix together. Finally, McCormick ended the presentation by
speaking about the Trump Administration’s current attempts to prevent immigration, which she said was extremely expensive and very ineffective.